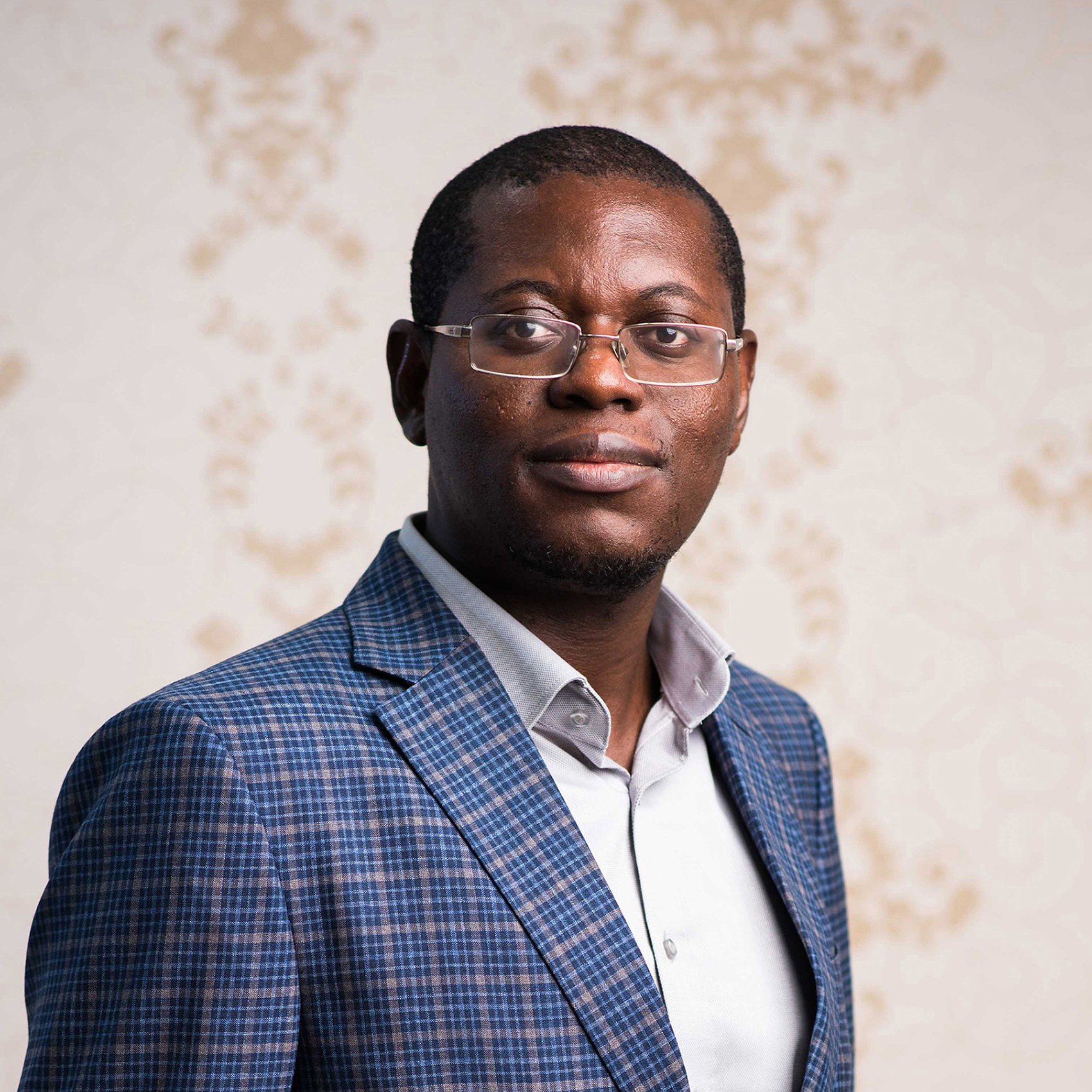 Bright Simons, is the President of mPedigree [link to:www.mpedigree.com], a social enterprise working on three continents in partnership with governments, several of the Fortune 500 companies and grassroots organisations to spread innovative technologies that secure communities from the harmful effects of counterfeiting, especially in such sensitive sectors as health, agriculture, cosmetics and automotive.

Bright has shaped mPedigree’s relentless innovation cycle for more than a decade, helping steer the organisation from a focus on authentication and supply chain technologies into the broader spaces of smart sensors, analytics, and intelligent decision support systems. His latest work on the application of «smart polymers» to health cold chain problems has been supported by the Harvard Innovation Labs, among others.

Bright’s public spirited work precedes and extends beyond mPedigree. For nearly two decades he has straddled public policy, social and civic activism and prolific «citizen journalism» in what he considers the «digital public square», writing for such influential outlets as the online edition of the Harvard Business Review, Quartz magazine, the BBC’s Business Daily show, and the Huffington Post.

He is a frequent collaborator and participant in multi-­‐disciplinary efforts that seek to collide silos and cut across lines of difference in the search for solutions. Recent commitments include membership in the inaugural Microsoft Africa Advisory Council, the Lancet Commission on the Future of Health in Africa, the Center for Global Development’s Study Group on Technology, the World Economic Forum’s Africa Strategy Group, the inaugural Ashoka Globalizer initiative, the Africa Population Health Research Center, Care International, and IC Publications, owner of the New African magazine.

As an early Director at IMANI he has been instrumental in the organisation’s innovative use of rigorous research-­‐generated evidence in high-­‐stakes political accountability, anti-­‐corruption, and civil liberty projects, thereby contributing to IMANI’s continuous recognition as one of the world’s most innovative think tanks and among Africa’s top 5 institutions of its kind.

As a member of successive World Economic Forum Global Agenda and Future Councils, an inaugural TED Fellow, an Archbishop Desmond Tutu Fellow, and an Aspen Braddock Scholar and Global Leadership Network Fellow, he spends a considerable amount of energy working to build and sustain networks of solution seekers around the world, united by common values.

In the course of such activities, he is regularly consulted on innovation strategy by international organizations such as the World Bank, UNECA, USAID, the EU, and the Commonwealth.

Bright is a recipient of the Lifetime Achievement award from the African Innovation Foundation and was named to a list of the 35 most impressive global technology visionaries under age 35 by the MIT’s Tech Review in 2013.

He features quite regularly on similar lists. For example, Quartz magazine ranked him among their top 30 innovators in 2015 and both the Africa Report and New African magazines have listed him on their Most Influential Persons’ lists in recent years. In 2016, he was announced as the CNBC All-­‐Africa Business Leader of the Year in the innovation category.

In 2016, Fortune magazine named him on their 50 World Greatest Leaders list.