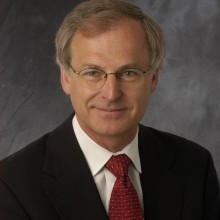 Backed by some of the nation’s most committed business and academic leaders, BHEF launched highly innovative partnerships in data science and analytics, financial services, cybersecurity, risk management, and social and mobile technologies. At the core of this effort is BHEF’s engagement model. Its five strategies enable business and higher education to move from transactional relationships to strategic partnerships and align undergraduate education with workforce needs. When implemented, these strategies increase baccalaureate attainment and create undergraduate pathways to produce a diverse, highly skilled talent pool to meet a region’s workforce needs in emerging fields. BHEF builds upon these successes to scale at the college/university system, regional, and national levels.

Prior to joining BHEF, Dr. Fitzgerald served as staff director for the federal Advisory Committee on Student Financial Assistance, which advises Congress on higher education and student aid policy. During his tenure, the Advisory Committee released several influential reports, including: Access Denied, Empty Promises and The Student Aid Gauntlet; and also commissioned The Condition of Access (edited by Donald Heller). Dr. Fitzgerald has written extensively on policies to improve college access and success. He also served as an adjunct associate professor of government at American University, teaching advanced studies courses on the politics of education. In the private sector, Dr. Fitzgerald held senior project management positions for large-scale education research projects for federal agencies. Earlier in his career, he served as assistant dean and as a lecturer in education at Bates College in Lewiston, Maine. While CEO, Dr. Fitzgerald has served on a number of commissions and working groups, including the STEM working group for the President’s Council of Advisors on Science and Technology, which produced the widely cited 2012 report to President Obama: Engage to Excel.

Dr. Fitzgerald earned his master’s and doctoral degrees from the Harvard Graduate School of Education, where he also served on the alumni council for four years and as its chairman. He currently serves on the Dean’s Leadership Council. He received his bachelor’s degree from the Massachusetts College of Liberal Arts, which named him Distinguished Alumnus and awarded him an honorary doctorate in public service.