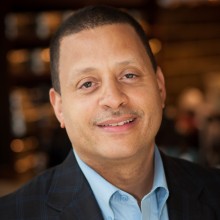 In April 2016, Blair Taylor became Chief Executive Officer of My Brother’s Keeper Alliance (MBK Alliance), a nonprofit launched by the White House in 2015 to advance communities of color broadly and boys and men of color more specifically. In this current role, Taylor leads one of the nation’s most dynamic initiatives focused on America’s most vital emerging population. He brings more than 25 years of expertise across the private, public, and non-profit sectors to this assignment.

Prior to joining MBK Alliance, Taylor served as a member of the Starbucks Coffee Company’s senior leadership team. During his first several years, he led all corporate social responsibility (CSR) functions while also serving as executive vice president (EVP) of Starbucks Global Partner Resources (HR). Just prior to his departure, Taylor served as Chief Community Officer and President of the Starbucks Foundation, where he led Starbucks’ efforts to help communities thrive globally in more than 60 countries. Over his tenure, Taylor and his teams led and launched some of the biggest CSR efforts in Starbucks’ history, including the College Achievement Plan, Solution Cities™, Opportunity Youth initiatives, and the Starbucks Veterans hiring initiative. Taylor is also a founding member of the 100K Opportunities Initiative, a vibrant coalition of 40 companies intent upon hiring 100,000 disengaged youth by 2018.

Before his time at Starbucks, Taylor served for seven years as President and CEO of the Los Angeles Urban League. He is credited with transforming the agency through innovative, nation-leading community engagement programs, such as Neighborhoods@Work™, a holistic community reform model.

From 2002 to 2005, Taylor was the Executive Vice President of College Summit, a national college access initiative with a track record of nearly doubling the college enrollment rates of low income students. His private sector experience also includes four years as the President and CEO of a private retail franchising company focused on low income communities in the U.S. and the Caribbean and more than eight years of leadership with PepsiCo and IBM, where he held brand marketing, strategy, and executive sales positions.

In 2014, Taylor was recognized by Fast Company Magazine as one of the nation’s most creative senior executives. He was also named a PR Week Top 50 Innovator (2013), a NonProfit Times Top 50 CEO (2008, 2009), and one of the UCLA Anderson Graduate School’s Top 100 graduates. For his groundbreaking entrepreneurial work, he was named as the state of California’s Mass Mutual Blue Chip Entrepreneur of the Year (1999).

Taylor has a rich history of community and board involvement. He currently serves as the Chairman of the nation’s largest United Way (King County) and he is the Founder and Chairman of the Board for LeadersUp, a nonprofit focused on Opportunity Youth. Additionally, Taylor is a member of the Seattle Mayor’s Education Task Force. He holds a Bachelor of Arts in economics from Amherst College in Amherst, Massachusetts, where he recently completed a six-year term as a Trustee. He also holds an M.B.A. in marketing and entrepreneurial studies from UCLA’s Anderson Graduate School of Management.

Taylor is married to Bridgette Taylor, Esq. They reside in Seattle with their four children.