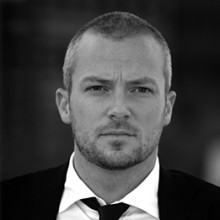 Ben is founder and principal of Transparentem, a non-profit intelligence unit that adopts frontline investigative ethics and forensic methods to illuminate supply chains and spur eradication of human and environmental abuses. Previously, he co-founded TAU Investment Management, a private equity firm dedicated to upgrading global supply chains. He was an award-winning reporter, and a Senior Fellow at the Schuster Institute for Investigative Journalism of Brandeis University, leading that organization’s in-depth, cross-border investigations into labor and environmental abuse in the supply chains of major corporations. He was named one of National Geographic‘s “Adventurers of the Year 2008.” His first book, A Crime So Monstrous: Face-to-Face with Modern-Day Slavery (Free Press; 2008), was awarded the 2009 Dayton Literary Peace Prize for nonfiction, a citation from the Overseas Press Club in its book category for 2008, and a finalist for The Ryszard Kapuscinski International Award for literary reportage in 2011. Also in 2011, the World Economic Forum recognized Skinner as a Young Global Leader. Previously he held a fellowship at the Carr Center for Human Rights Policy of Harvard Kennedy School of Government, served as Special Assistant to Ambassador Richard Holbrooke and worked as Research Associate for U.S. Foreign Policy at the Council on Foreign Relations.

He frequently appears on CNN, ABC, NPR, PBS and other broadcast outlets, and his 50+ chapters, monographs and articles have appeared in numerous publications including Bloomberg Businessweek, Time, Newsweek, Travel + Leisure, Los Angeles Times, Foreign Policy and others. He is a graduate of Wesleyan University in Middletown, CT.