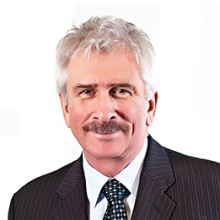 Prior to Airbus, he was VP and General Manager for Honeywell’s Propulsion Systems business, and earlier served as Honeywell’s VP of Commercial Aerospace for Europe, Middle East and Africa. He has worked for Fairchild Dornier Corporation, Rolls-Royce and International Aero Engines.

He holds a bachelor’s degree in aeronautical engineering from Loughborough University and completed the International Executive program at the Institute of Management Development, Switzerland.

Barry is a private pilot, he has served as Chairman of the Washington, D.C. branch of the RAeS, past President of The Wings Club, and a past member of the Flight Safety Foundation Board of Governors, past President of The Wings Club, NBAA’s Associate Member Advisory Council, and the Aero Club of Washington, DC. He is Chairman of the British-American Business Association Board of Directors, and a board member of the National Aeronautic Association, and The Commonwealth Center for Advanced Manufacturing (CCAM) in Virginia.