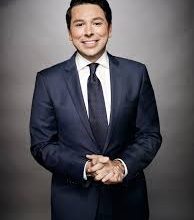 Ayman Mohyeldin is an MSNBC anchor. Most recently, Mohyeldin has been co-hosting MSNBC’s “First Look,” weekdays at 5amET.

Previously, Mohyeldin was based in the Middle East with NBC News. Prior to NBC News, Mohyeldin was a Middle East-based correspondent for Al Jazeera English where his coverage of the Egyptian revolution and the fall of the Mubarak regime was recognized and praised for its distinction around the world.  For five years, Mohyeldin reported from Europe, the U.S. and across the Middle East where he covered major conflicts, including everything from the Arab revolutions, the siege on Gaza, sectarian strife in Lebanon, Israeli politics, the Israeli-Palestinian conflict and human rights abuses in the Arabian Gulf.

Before joining Al Jazeera English in 2006, Mohyeldin worked for Fox News and CNN.  Based in Baghdad, he reported on the immediate aftermath of the US-led invasion of Iraq. While there, Mohyeldin covered the daily struggle of ordinary Iraqis and embedded with the U.S. military to cover the Iraqi insurgency. Mohyeldin was among the few international journalists allowed to observe and report on the U.S. handover of Saddam Hussein to an Iraqi judge.

Mohyeldin began his career in journalism in 2001 at NBC News in Washington, where as Desk Assistant he participated in the coverage of the inauguration of President George W. Bush, the September 11th attacks and the war in Afghanistan.

Time Magazine named Mohyeldin as one of the 100 Most Influential People in the World in 2011, he has received multiple Emmy and International Media Award nominations, was the recipient of the 2011 Cutting Edge Media Award and Argentina’s prestigious Perfil International Press Freedom Award.

Mohyeldin is a graduate of American University in Washington D.C. and holds a master’s in International Politics with a focus on Peace and Conflict Resolution.  Born in Cairo, Egypt, Mohyeldin grew up in Detroit, Michigan; Amman, Jordan and Marietta, Georgia.