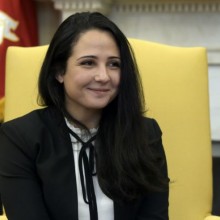 Born to an to an Egyptian mother and a Lebanese father, Aya Hijazi , is an American citizen, who became interested in social activism. To further her understanding of social justice, she studied Conflict Analysis and Resolution at George Mason University in the United States and law at Cairo University in Egypt.

During the Arab Spring, she returned to her native homeland, Egypt, along with her husband, Mohamed Hassanein, to establish an NGO, “Belady”, an Island for humanity. Because of her work she was imprisoned for nearly three years. She was later acquitted and returned to the United States upon her release to continue supporting civil society through the Belady Foundation.