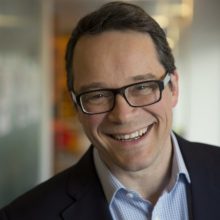 Axel Threlfall is Editor-at-Large, Reuters, based in London. Alongside his editorial duties, he hosts high-profile engagements and thought leadership events for and on behalf of Reuters and Thomson Reuters, such as the Newsmaker series and the World Economic Forum news programming in Davos. He was previously Lead European Anchor for Reuters Digital Video. Prior to joining Reuters, Axel spent four years as an anchor for CNBC in London. Before that, he was an editor with The Wall Street Journal in New York and a news reporter for Bloomberg in London. He has also advised businesses and NGOs on their dealings with the international media. Axel is frequently asked to moderate events for international organizations, including the United Nations, the IMF and the OECD. He has a BA in History from Durham University and a postgraduate degree in journalism from City University, London.