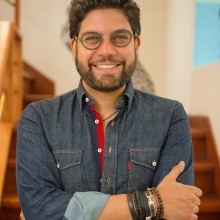 In 2010, Armando was selected as one of ten potential leaders by American Express and has been speaker at TEDxDF (2010) and TEDxMexicoCity (2016). He is alumni member of the Global Shapers Community – Mexico City Hub, an initiative of the World Economic Forum. He was selected among the 50 Global Shapers from around the world to attend the Annual Meeting of the World Economic Forum in Davos 2016 (Davos 50) where he launched: #LetsBe1One Global Campaign.

Armando is member of the Experts Network of the World Economic Forum and Geopolitical Intelligence Services, founded by H.S.H. Prince Michael of Liechtenstein. In 2017 he became Concordia Ambassador as a member of the Young Professionals Program (YP). Armando is an op-ed columnist in El País, El Economista, CNN México, Forbes México and Expansión. He has published two books: La respuesta eres tú (You are the answer – 2006) and Un millón de jóvenes por México (One million youngsters for Mexico – 2012).