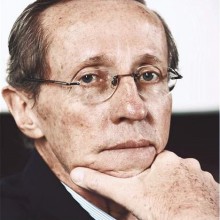 Antonio Navarro Wolff is a Colombian senator and the former governor of Nariño. He has been a member of the Inter- American Dialogue since 2009. Originally a leader of the M-19 guerrilla movement, Navarro entered politics after the 1990 demobilization and peace accords. He served as minister of health of Colombia from 1990 to 1991 and was one of the three presidents of the National Constituent Assembly that drafted the current Constitution. In 2002, Navarro was elected a member of the Colombian Senate. He was subsequently elected governor of the Nariño province in 2008 and returned to the senate in 2014. Navarro graduated as a sanitary engineer from the Universidad del Valle, after which he completed postgraduate studies and served as a professor at the same university. He later studied environmental engineering at Loughborough University in England and was a fellow with the British Council and the International Development Research Center in Canada through the Rockefeller Foundation.