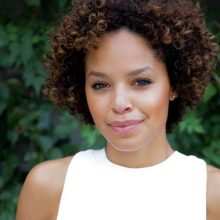 Antonia Hylton is a Correspondent and Producer for “VICE News Tonight” – the Emmy award-winning nightly newscast from VICE Media and HBO, covering civil rights and politics. Prior to joining VICE, Hylton developed and produced seasons one and two of The Movement with Darnell Moore – a docuseries covering activist movements across the United States. At Mic, she produced and wrote for their first original video series, Flip the Script and Future Present and conducted the organization’s first interview with then-VicePresident Joe Biden, discussing campus sexual assault and the 2016 Election.

At “VICE News Tonight,” Hylton landed a national exclusive when she interviewed ‘Jane Doe,’ an undocumented teen battling the Trump administration over her right to an abortion. Hylton has also reported extensively on gang violence in Chicago and was one of the first reporters on the scene in the U.S. Virgin Islands following the aftermath of Hurricane Irma.