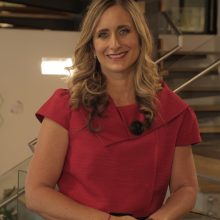 Annie Mayol is President and COO of Foundation for Puerto Rico. Previously, Mayol served as Chief Administrative Office of MSO of Puerto Rico, where she managed the day to day operations of one of the top health insurance companies in the island.

Mayol is an experiences Chief Operating Officer with a demonstrated history of working in the non-profit and health care industry. She is skilled in Government Management, Healthcare, Leadership and Policy Analysis.

She has served as Senior Advisor and Chief of Staff for the Secretary of Puerto Rico Department of Health (PRDOH). As Senior Advisor, Mayol oversees all administrative issues at the PRDOH and support the implementations of policy directives from the Secretary. In addition, Mayol worked as advisor on Federal Affairs and National Policy to the Governor of Puerto Rico, Hon. Luis Fortuño, during 2009 through 2010. As Advisor, Mayol oversaw all federal affairs issue on behalf of the Governor and supervised federal programs in the various state government agencies. Mayol also advised the Governor on all national policy issues such as the federal healthcare reform.

During the administration of President George W. Bush, Mrs. Mayol was appointed as Regional Political Director at the White House Office of Political Affairs, overseeing the Northeast region. As Regional Political Director, she served as the liaison between local elected officials and Republican activists in the Northeast states and the White House. In 2002, Mayol served as Director of Hispanic Outreach for the National Republican Senatorial Committee (NRSC), under then-Senator Bill Frist. Mayol provided advice to all Republican Senatorial campaigns regarding Hispanic voters and acted as the key spokesperson for the NRSC in the Hispanic media.

Annie Mayol was born and raised in Puerto Rico. She has a B.A. in Political Science from American University and a Masters in Public Policy from the John F. Kennedy School of Government at Harvard University.