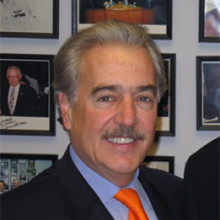 Born in 1954, Andrés Pastrana Arango was President of the Republic of Colombia from 1998 to 2002. Mr Pastrana began his political career in 1982, by gaining a seat on the local Bogotá council. Before becoming President in 1998, he was also President of the City Council of Bogotá; he was the first elected Mayor of Bogotá(1988-1990) President of the Latin American Chapter of IULA (International Union of Local Authorities); Vice President of UCCI (Ibero-American Union of Capital Cities); Founder of the Party Nueva Fuerza Democratica. Senator and Presidential Candidate in 1994. During his presidency, Mr Pastrana made some important steps in with his negotiations with FARC and ELN. His administration also proposed and initially oversaw the implementation of Plan Colombia aid package and anti-narcoterrorist strategy. Mr Pastrana graduated as a Lawyer from the University of Rosario in Bogotá. He was a fellow at Harvard University Centre for International Affairs.  He founded a magazine called Guión and a television news programme called Noticiero TV Hoy. He was Director of TV Hoy News from 1980 to 1987.  He was twice awarded with the King of Spain award for journalism. Currently Mr. Pastrana is the new president of the Centrist Democrat International (CDI)