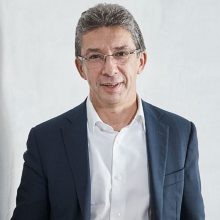 Mr. Calantzopoulos was named Chief Executive Officer and was elected to the Board of Directors on May 8, 2013. He served as Chief Operating Officer from our spin-off on March 28, 2008 to May 8, 2013. Mr. Calantzopoulos was PMI’s President and Chief Executive Officer between 2002 and the date of the spin-off. After joining the company in 1985, he worked extensively across Central Europe, including as Managing Director of PM Poland and President of the Eastern European Region.

Mr. Calantzopoulos holds a degree in electrical engineering from Swiss Federal Institute of Technology in Lausanne and an MBA from INSEAD in France.