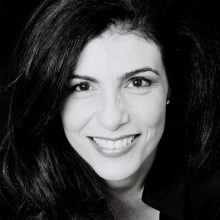 Originally born in Havana, Cuba, Ana Mollinedo Mims is a seasoned Global Executive who serves as a fractional/outsourced C-Suite executive, Board Director, and Adjunct Professor. is known for scaling, driving profitable outcomes, and steering companies during key inflection points through strategic operational execution and overseeing fiscal/P&L management. She is an agile trailblazer whose expertise across business models (B2B/B2C/D2C), regulatory affairs, digital transformation (AI, big data, automation), and emerging markets has turned around, stabilized, and delivered growth in competitive markets and highly regulated industries across Fortune 500s, mid-size cap, and startups in the US, LATAM, Asia, and EMEA. Ana has held roles as Chief Communications and Marketing officer delivering integrated organization-wide strategies for complex marketing and challenging communication issues. She is known as an influential strategist during high-stakes challenges gaining consensus to deliver stakeholder value with integrity. She has grown and led teams across 150+ countries in highly technical and regulated industries, with a deep understanding of emerging markets including China, India, and the Middle East. Her career has spanned renowned companies like Eli Lily, Monsanto, Cemex, Starwood Hotels & Resorts Worldwide, and Cable & Wireless, among others; and she has worked with clients in the MedTech, Retail, and NGO space. Ana’s career began on Capitol Hill in Washington, D.C., later earning her key roles in government and regulatory affairs both in corporate and nonprofit organizations. She has also served as the Executive Director of the Martin Luther King Center for Nonviolent Social Change in Atlanta, GA, has been a champion for DEI initiatives and causes, and served as the architect for the award-winning global corporate diversity and supplier programs. During the course of her career, Ana has held numerous corporate, advisory, and nonprofit board seats in the US and Asia. She is an alumna and member of Leadership Atlanta Class 2000 and served as a national spokesperson for the Catalyst study, “Latinas in the Workplace: What Companies and Managers Need to Know”. Profiles in Diversity has named Ana as one of its Women to Watch in Business. She has appeared on The Today Show, spoken nationally on workplace trends and diversity, and has been widely quoted and featured in publications such as The Wall Street Journal, Crain’s New York Business, Fortune, Profiles in Diversity Journal, Diversity, Inc., Workforce magazine, and Black Enterprise Magazine. Ana holds degrees and post-graduate certifications from Harvard Business School, Dartmouth Tuck-Singapore Management University, Nova Southeastern University, Florida State University/ASAE, and Barry University. She is also the author of several articles and publications, including “What About Integrated Communications?”, “Subiendo the Corporate Ladder”, and Keeping the Faith: How Applying Spiritual Purpose to Work Can Lead to Extraordinary Success (HarperCollins/Rayo).