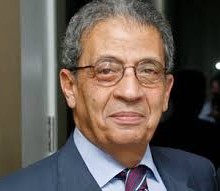 Former Secretary General of the Arab League and the former foreign minister of Egypt, Amr Moussa was elected a board member of the Nizami Ganjavi International Center.

Amr Moussa is one of the most influential figures in the political life of the Arab world.

Previously he served as Egypt`s ambassador in India and Switzerland, Egypt`s representative to the UN, and was the country`s foreign minister in 1991-2001.

Moussa was the secretary-general of the Arab League from 2001 to 2011.

He was also a candidate for the presidency, and in 2013 he led the committee consisting of 50 people, who prepared Egypt`s new constitution.