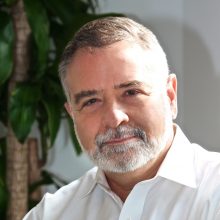 Ami Dar is the founder and Executive Director of Idealist.org. Built in 1996 with $3,500, Idealist.org has become one of the most popular nonprofit resources on the web. The site attracts millions of visitors every month and includes volunteer, job, and internship listings provided by 135,000 organizations around the world. Ami was born in Jerusalem, grew up in Peru and in Mexico, and lives in New York with his wife and two daughters. From an early age he became acutely aware that we, as humans, can be doing much more to make the world better. The misery and destruction he saw in Lebanon during his mandatory service in the Israeli army, combined with the extreme poverty he witnessed growing up in Latin America, influenced his vision and eventually led to the creation of Idealist.org.

In 1985, Dar’s vision became clear to him: he would build a network that would make it easier for people everywhere to connect and act on any issue that concerned them, large or small, local or global, using modern technology (phones, PCs, and fax machines back then). Dar was 24 at the time. After working as a waiter, translator, and marketing manager for a software company in Israel, he relocated to NYC. Finally, in 1993, Dar saw the Web for the first time. He thought, “Oh my God, this is what I’ve been waiting for all these years!”. Idealist flowed directly from that.

Ami became an Ashoka Fellow in 2004, has been profiled by Forbes Magazine, and has received numerous awards for his work in the sector including from Time Magazine, Duke University’s Fuqua School of Business, and Nonprofit Pro.  Ami is a Board Chair Emeritus of NTEN—the Nonprofit Technology Enterprise Network. He was awarded the Stern Family Foundation’s Public Interest Pioneer grant in 2000 & 2001, and was repeatedly named one of the 50 most influential people in the nonprofit world by Nonprofit Times.