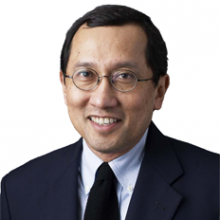 Mr Kausikan has been awarded the Public Administration Medal (Gold) and the Pingat Jasa Gemilang (Meritorious Service Medal) by the government of Singapore. He has also been awarded the “Order of Bernardo O’Higgins” with the rank of “Gran Cruz” by the President of the Republic of Chile and the Oman Civil Merit Order by the Sultan of Oman.