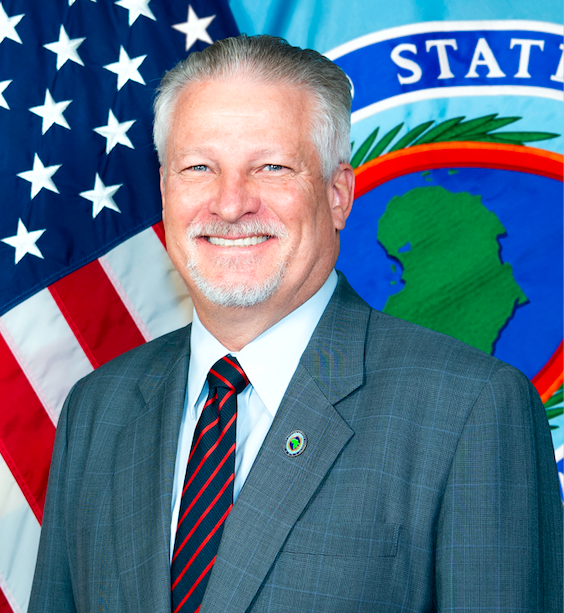 Deputy to the Commander for Civil-Military Engagement, U.S. Africa Command, Department of Defense

Ambassador Andrew Young assumed duties as the Deputy to the Commander for Civil-Military Engagement, United States Africa Command, in July 2020. He has spent nearly 30 years in diplomatic service on four continents, including as U.S. Ambassador to Burkina Faso (2016-2020), where he focused on reinforcing a fragile democracy, supporting a national military force confronting a growing terrorist threat, and promoting equitable long-term development.

A career member of the Senior Foreign Service, Ambassador Young was Deputy Chief of Mission and Chargé d’Affaires at U.S. Embassy Bamako, Mali (2013-2016), where his team helped secure a 2015 Peace Accord, confronted multiple terrorist attacks, and countered Ebola outbreaks. For his accomplishments in Mali, Andrew Young received the James A. Baker Award for Outstanding Deputy Chief of Mission.

Born and raised in California, Ambassador Young joined the U.S. Department of State as a Political Officer in 1991 and has worked in a variety of assignments across multiple geographic bureaus. He first served in Africa in 1987 as a State Department Intern in the Central African Republic and later earned a Masters’ Degree in African Studies from the Johns Hopkins School of Advanced International Studies. He completed an undergraduate degree at the University of California Berkeley (ΦΒΚ) in 1985.

Previously, Ambassador Young was U.S. Embassy Spokesperson in Seoul, Korea; Political Counselor in Paris, France; and Deputy Principal Officer in Auckland, New Zealand. Earlier assignments were to Myanmar, India, and Hong Kong. In Washington, Ambassador Young served as Foreign Policy Advisor in the Senate, Senior Watch Officer in the Department’s Operations Center, and as Desk Officer for Italy, India and Bhutan respectively. In 2015, he received the American Foreign Service Association’s Mark Palmer Award for the Advancement of Democracy for his work in Myanmar, on Capitol Hill, and in Mali.

Prior to joining the State Department, Ambassador Young was a Presidential Management Fellow at the Overseas Private Investment Corporation and at the U.S. Department of Commerce, where he advanced U.S. business interests throughout Francophone Africa. He speaks French, Italian, and some Korean. Married to a fellow Foreign Service Officer (retired), he has a son working for the U.S. Navy and a daughter in international public health.