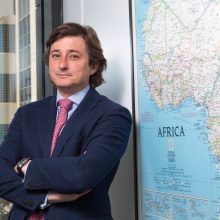 Alfonso Bosch is since December 2013 Chief Executive Officer of Equatorial Coca-Cola Bottling Company, a Coca-Cola bottler in North and West Africa with 14 operating plants and over 6,000 employees which produces and commercialize Coca-Cola and own beverage portfolio in 13 African countries, serving over 100 million consumers and > 100k POS.

Prior to this Alfonso worked for 16 years in SABMiller, from 1997 to 2013, serving as CEO of Spain, Italy and Ecuador subsidiaries, and being a member of SABMiller Europe Excom and SABMiller Latam Excom.

He started his career in strategy consulting sector at The Mac Group in 1991 and subsequently joined in 1993 Bain & Co, working mainly in FMCG projects in Europe and South America.

Alfonso has more than 25 years of experience in FMCG in 3 different continents, (Latam, Europe, and Africa), having worked in mature, developing and emerging markets. Besides his current executive functions, he is a member of the Advisory Board of Cass Business School. City, University of London.

Alfonso has a University degree in Law from the University of Sevilla, with a major in private law, holds an MBA from Houston University, USA and coursed Oxford, Wharton, IESE senior leadership programs.