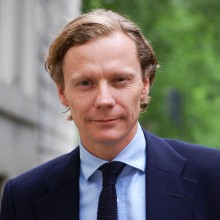 Alexander Nix is the CEO of Cambridge Analytica, the market leader in the provision of data analytics and behavioral communications for political campaigns, issue groups and commercial enterprises. Alexander joined Cambridge Analytica’s affiliate company, SCL Group, in 2003 after prior work at Baring Securities and Robert Fraser & Partners LLP. At SCL Group, Alexander has been responsible for the company’s expansion into global markets, including the establishment of Cambridge Analytica in the United States. Alexander has recently been named to WIRED Magazine’s list of “25 Geniuses Who Are Creating the Future of Business.”

Over the past 9 years, Alexander has worked on more than 40 political campaigns in the US, Caribbean, South America, Africa and Asia. He was educated at Eton College and Manchester University.