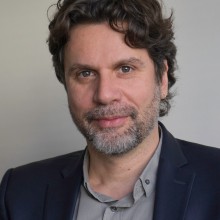 Alexandros has served as senior advisor to the Mayor of Athens since 2014. He has also been spearheading Mayor Kaminis’ commitment to public-private collaboration, including leading the city’s strong partnerships with Bloomberg Associates and the creation of the Athens Partnership. Prior to advising the Mayor, Alexandros worked as journalist, producer and managing editor for major Greek and U.S. media outlets, which included NBC News, Greek National Television, Mega Channel and Antenna TV. He also launched and directed production and media companies and directed communications and programming for non-profit educational institutions, including Hellenic Public Radio in New York City and Athens Information Technology Center for Excellence in Research and Education in Greece. He holds a BA from Grinnell College and an MS from the Columbia University Graduate School of Journalism.