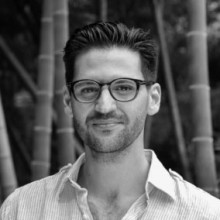 Alejandro Litovsky is a trusted advisor to companies, investors and governments innovating on ESG challenges. He is the Founder and CEO of the Earth Security Group in London, and has developed a new evidence-based method to help companies to understand the critical resource pressures they are exposed to in developing countries where they operate, providing a systemic view that identifies critical gaps and opportunities to improve long-term relations.

He has worked as an advisor in all major emerging markets, from Russia to Indonesia, China, India and Brazil, helping global companies to establish practical and strategic engagements with governments, civil society and industry stakeholders to cooperate on resource challenges.

In 2012 he was awarded the BMW Foundation Global Responsible Leadership Award. He holds an MSc in Political Sociology from the London School of Economics, where he was awarded LSE’s 2004 Hobhouse Memorial Prize for highest academic achievement.

Between 2004 and 2010, he held senior positions at the London-based sustainability consultancies AccountAbility and Volans Ventures, and worked for Shell International’s Future Scenarios team. Prior to coming to London from Argentina, between 1998 and 2003, supported large resource-infrastructure companies to engage policy-makers on sustainable development, and worked at the Swiss-based Avina Foundation, a pioneer business philanthropy fund advancing corporate sustainability and partnership innovations in Latin America.