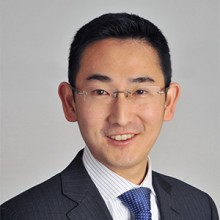 Since joining Xylem in 2013, Alberto Cho has been responsible for corporate and business strategies, market intelligence, and business development activities across the global ~$4 billion enterprise.

Before Xylem, Cho served as Senior Advisor to the Deputy Secretary at the United States Department of State, where he was a White House Fellow and served on Secretary Clinton’s Policy Planning Staff.  Previously, he was an executive at Cisco Systems, where he led strategy and innovation projects applying information technology to environmental challenges, including development of a new remote sensing-based system for monitoring deforestation.

Cho also worked at McKinsey & Company, where he helped found the Sustainability and Resources Practice and advised clients in the aerospace, industrial, high tech and financial sectors on growth strategy and risk management.  He also served at the United Nations with Undersecretary General Jeffrey Sachs on a global plan for achieving the Millennium Development Goals. Cho has volunteered as a strategic advisor to the Nobel Prize-winning Green Belt Movement in Kenya and as a consultant to the World Resources Institute.