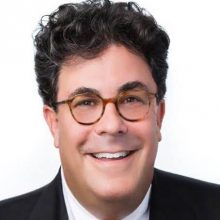 Previously, Fleischmann served as a Principal and member of the managing board and operating committee of the global business strategy firm Albright Stonebridge Group. A lifetime member of the Council on Foreign Relations and an Executive Committee board member of the Atlantic Council, Fleischmann has also served on the leadership team of PSB Associates. Before that he served as Chief of Staff to the Honorable Kathleen Kennedy Townsend and in the Maryland Governor’s Cabinet; as Staff Director of the U.S. Congress Committee on Foreign Affairs and its Subcommittee on the Western Hemisphere; as Co-Founder & Vice President of the trade investment firm LATCORP; and as a Senior Associate of J.P. Morgan Chase.

Fleischmann is a Co-Founder of ImagineNations Group and was awarded the Goodwin Prize for ImagineNations’ global work. He is a founding Board Member of Jane Goodall Legacy Foundation and the Just Capital Foundation and serves as a member of the Global Philanthropists Circle (GPC). He is also a Board Member of the R Adams Cowley Shock Trauma Medical Center, Phillips Collection art museum, the Washington National Opera of the John F. Kennedy Center for Performing Arts, the Board of Trustees of Morehouse College, and an advisory director serving on the Board of Trustees of Carnegie Hall. Fleischmann is also Chairman of the Board of the School of International Service (SIS) at American University.

He was awarded his M.A. from The Johns Hopkins School of Advanced International Studies (SAIS) and received his B.A. and B.S. from the School of International Service and the School of Public Affairs at American University, where he was both valedictorian and student body president of the university.

Fleischmann is also the Host of “Leadership Matters” on SiriusXM Radio and speaks often and has authored numerous articles on leadership and CEO Statesmanship.

He is married to Dafna Tapiero, lives in Washington DC, and is the father of two children.