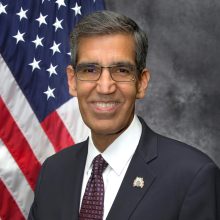 In 2006, Mr. Dhillon was confirmed by the United States Senate as the first Director of the Office of Counternarcotics Enforcement at the Department of Homeland Security. In that role, he worked closely with other federal agencies to coordinate the federal government’s anti-drug efforts. Prior to DHS, Mr. Dhillon served as an Associate Deputy Attorney General in the United States Department of Justice where he led the development of the Department’s anti-gang efforts as chair of the Attorney General’s Anti-Gang Coordination Committee, developed policies and procedures for resolving federal law enforcement jurisdictional conflicts over terrorist-related explosives investigations, served as a member of the Attorney General’s Review Committee on Capital Cases, and was appointed executive director of the President’s Board on Safeguarding Americans’ Civil Liberties.