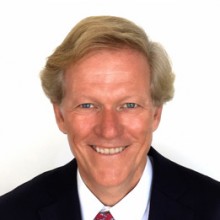 Scott C. Beardsley is the ninth dean of the University of Virginia Darden School of Business. He joined the Darden School as dean and Charles C. Abbott Professor of Business Administration 1 August 2015 after 26 years at McKinsey & Company, during which he held numerous senior roles, most recently as senior partner and, from 2011 to 2014, as an elected member of McKinsey’s global board of directors.

Beardsley was drawn to the Darden School’s global focus, its unparalleled academic excellence and education experience, and the University of Virginia’s Jeffersonian tradition of excellence. A values-driven leader, Beardsley is passionate about business education and Darden’s mission to improve the world by developing and inspiring responsible leaders and advancing knowledge.

A skilled leader in executive education and capability building, Beardsley is a global strategy and regulation expert, who has served leading clients in the telecom, technology, public, nonprofit and professional services arenas in places such as China, Latin America, the Middle East, Silicon Valley, Europe, India and Africa. He has a proven track record of impact, entrepreneurship and innovation involving shared governance and private and public sector clients.

Beardsley was based for 24 of his 26 years at McKinsey & Company in the firm’s Brussels, Belgium, office. After joining in New York City in 1989, he was elected partner in 1995 and senior partner four and a half years later — putting him among the fastest to rise to senior partner.

Before becoming Darden’s dean, Beardsley led the talent development of McKinsey’s more than 12,000 professionals and helped lead the launch of the technology-enabled-learning platform McKinsey Academy. He co-chaired the committees that elect partners and senior partners.

Prior to that role, he led McKinsey’s strategy practice as managing partner in Europe, the Middle East and Africa for seven years, guiding it through a period of strong growth and innovation. Working on the ground in more than 40 countries and using an impact-driven approach to improve shareholder value, he has advised top decision-makers and complex companies on areas such as: performance transformation, strategy, human capital, marketing, efficiency, alliances and mergers.

Dean Beardsley has led major research efforts on topics such as technology trends, the knowledge economy, regulation, IT productivity, performance transformation and broadband. Through his research on business in society, he helped to incubate the McKinsey Climate Change Special Initiative, dealing with issues such as carbon abatement and sustainability. His current research interests focus on higher education leadership and leadership development architectures.

A frequent author, speaker and media commentator, he has presented at venues such as the World Economic Forum at Davos. A passionate faculty member, he has previously lectured in the MBA program of the Belgian business school Institut d’Administration et de Gestion. He has also served on a number of boards, including eight years as chair of the board of directors of the American Chamber of Commerce in Belgium.

In May 2015, Beardsley earned an executive doctorate in higher education management with distinction from the University of Pennsylvania. He holds an MBA from the Massachusetts Institute of Technology’s Sloan School of Management, where he received highest honors as a Henry S. Dupont III Scholar and was elected to serve as editor and marketing manager of the MIT Sloan Management Review. He received a Bachelor of Science in electrical engineering magna cum laude from Tufts University, where he was awarded highest honors as the Eastman Kodak Scholar, and was elected to the national engineering honor societies Tau Beta Pi and Eta Kappa Nu, as president.

From a family of educators, Beardsley was born in Maine and grew up in Vermont and Alaska. He is a citizen of France and the United States and is bilingual in English and French. He resides in Charlottesville, Virginia, on the Lawn at the center of the University of Virginia’s Academical Village, a UNESCO World Heritage site. He and his wife, Claire Dufournet of Annecy, France, have three sons.